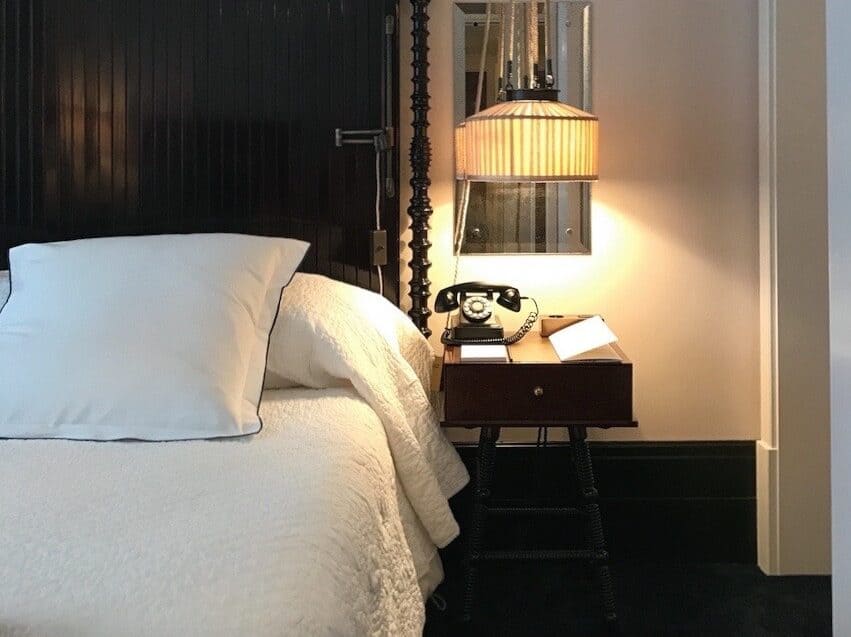 Simply by being ‘Chiltern Firehouse’, US hotelier Andre Balazs’ first foray across the pond, means that it was always set to become established quickly. This is a hotel by the man that gave you Chateau Marmont in Los Angeles, The Mercer in New York and Sunset Beach, Shelter Island. Back in 2014 when the restaurant first opened it had a constant presence in all the right papers and pages. In large part for the crowd it attracted and probably those crabbed stuffed donuts.

The design is a collaboration between Studio KO and Balazs’ own team. It evokes a sense of nostalgia with its Anglo-American vintage glamour and balances this against maximalist disciplines exceptionally well. I couldn’t help but picture Jimi along with other rock and roll legends walking the halls – had it been for the right time or place. The building’s striking Gothic architecture, formerly a fire-station, is perhaps one of the most beautiful in Marylebone. The ground floor houses a courtyard, a restored and enhanced shed style lounge bar and the handsome restaurant. Chef Nuno Mendes, previously of Viajantes at The Town Hall Hotel and El Bulli, oversees all the food and the room service breakfast menu starts from 2am, enough said there.

If you don’t feel like the pomp and ceremony of the main areas, take a stroll through the bathroom’s back door and you’ll soon find yourself in the underground terrace. Serving in part as a smoking den, it is a cosy and totally out of the way space, both well-considered and concealed.

The bedrooms are best described as a delight, with everything in just the right place. The design is immersive, but without labouring the point. It isn’t that you notice anything particular, but the fact you don’t is what makes it perfect. The whole room just feels considered and extremely in tune with the building’s era. The minibar nails its colours to the mast and delivers, pre-mixed cocktails including a Negroni, Vesper and yes and amongst others an Old Fashioned too – devilish treats as standard. The bathrooms are what you’d want to wake up to every morning, and whilst some might argue that familiarity breeds contempt, contempt for a bathroom like this is actually a contempt for life.

You can’t help but wonder what secrets the corridors and staff have kept over the few years it has been open. That vibe is largely created by the sincere team who serve up that air of ‘anything goes’ and ‘nothing is a bother’ ethos – in other words real hospitality. The name ‘Chiltern Firehouse’ itself has been so publicised over the years and given the riotous press it has received it can be polarising.

There’s no spa treatments, dips in the pool or afternoon teas here – but that’s not the reason you go to the Firehouse. And all of that kind of patters away when you go upstairs at the Firehouse, because there is something in the air that invites you to, as my partner put it, “leave the real world behind”. And to be honest, she hit the nail on the head, creating that intangible but palpable privilege is a tough task and that’s perhaps what Balazs and company do best.

You’re in the heart of Marylebone on a discreet street that time might’ve forgotten had it not been for the Firehouse. Chiltern Street is a rare treat for Londoners and visitors alike, located off the main drag of Marylebone High Street, but still well within the boundaries of the village of Marylebone. Ultimately it is these intimate parts of a city like London that get better with every visit.