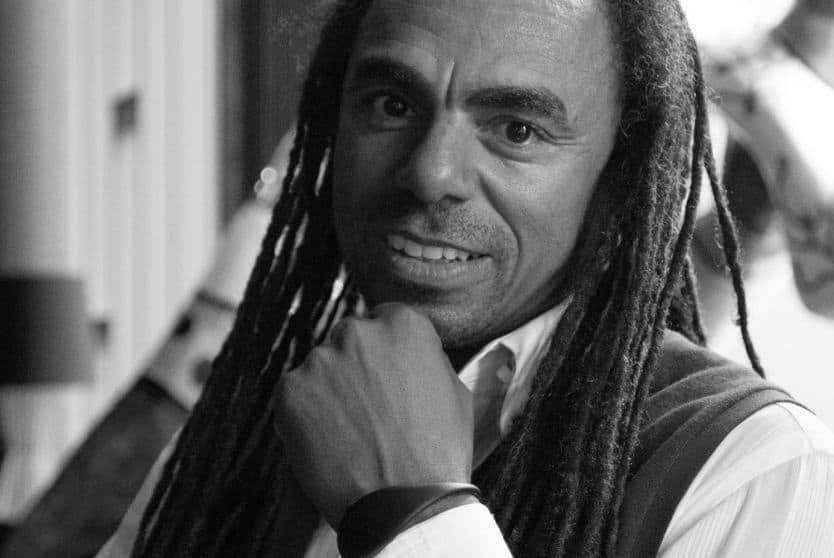 “Mohammad Ali inspires me, he told me he was the greatest, and I believed every single word.” Dominic Gorham, The Thief

Dominic has lived in London, Paris and Oslo. He is Guest Relations Manager at The Thief hotel in Oslo and also owns Doninic Gorham Productions. He’s a Chelsea FC fan and has three kids. He has a disliking for war, impoliteness and pretentious food. Born in London in ’63 his mother is English and father Nigerian. He was educated in Wimbledon and studied at Kingsway Princeton School of Music.

THC: What inspires you and why?
Dominic: My inspiration comes from providing a service in Scandinavia that didn’t ever exist before The Thief. I lived in London and in Paris most of my life, where the industry was moving at a rate of knots. I wanted to put Norway on the map in terms of bringing service in hotels to the level it should be, as it is in the rest of Europe and around the world. The foundation to my philosophy is routed in service and my inspiration is to achieve the best service we can provide. It’s a pleasure to see when people receive good service and how it is so greatly appreciated. I see it in the lobby, the bars, restaurants and rooms, people appreciate us and the service levels we provide. Essentially basic service inspires me.

THC: How did you get into your business?
Dominic: I believe I was born to serve, at what level I don’t really know. I started very young washing dishes in a French restaurant in Wimbledon, when I was studying music. I see service as a vocation, as a lifestyle and this was my real foundation, it was something I excelled in and something I enjoyed doing. What I saw in France was that my colleagues, waiters, receptionists all the staff, were all in their chosen industry, it was what they always wanted to do. Two individuals I hold very dear are a brother and sister duo, Nicolas and Charlotte Testu, half French and half Swedish. They were the owners of La Mousson, China Club and Le Fumoir they taught me to serve a bottle of beer and a bottle of Dom Perignon in the same style. Petter Stordalen, he’s a great inspiration and has been a client for many years, however, at The Thief I work for him. He’s always switched on, he’s driven and we’re on the same wave length. Of course Siri Loining, our Head of Communications at The Thief, who is an outstanding individual in the whole industry, and my partner in crime.

THC: What are you working on right now?
Dominic: On a personal level, I’m working on which fly I’m going to use on the river as I’m fly fishing this afternoon. On a business level, I’m working on a vip visit, he’s flying in with his family, staying at Thief. He’s asked us to get him on a Fjord tour by yacht, with a private chef and essentially we’re helping him get from A to B. Larger scale I am developing the essence and core of The Thief and working on taking this service fashion and personality to other properties owned by Petter.

THC: How do you see your space evolving?
Dominic: We’ve done something very unique with Thief. So I see our space as being primed for competitors to come in. I certainly hope other hotels, bars and restaurants do challenge us. So hopefully this unique space we currently occupy here in Oslo, will be shared, because competition makes everyone raise their game. My space is large enough for others to move in and enjoy because competition is key and drives us forward. There’s one thing that Norway has, and that’s space.

THC: Who’s your hero or icon?
Dominic: Mohammad Ali, he told me he was the greatest, and I believed every single word. I watched every fight, listened to every interview. If you are the greatest, you can stand up and say it.

THC: Where’s your favourite spot around the world?
Dominic: I’m sitting in it now, the Norwegian mountains and in particular the area around Tynset . I also love the Santa Teresa, a surf beach in Costa Rica. Its Pura Vida, or pure life. Maybe the Marais in Paris. I lived there for 18 years. Its orthodox Jew, its gay, its chic, posh, it’s straight, its fashion such a blend of cultures and everything you could imagine, living in harmony.

THC: What’s your favourite injection of culture into a brand?
Dominic: The Thief, the audacity of the name, the quirky interior and the neighbourhood.

Since inception some six years ago we have rarely mentioned the matter of hotel rates. Because we believe there’s more to the modern day hotel experience. But during these times of hardship...

The world, one could argue, is made up of a series of neighbourhoods and punctuating these neighbourhoods is a mix of independently run and chain operated hotels. Each and all bound by hospitality,...