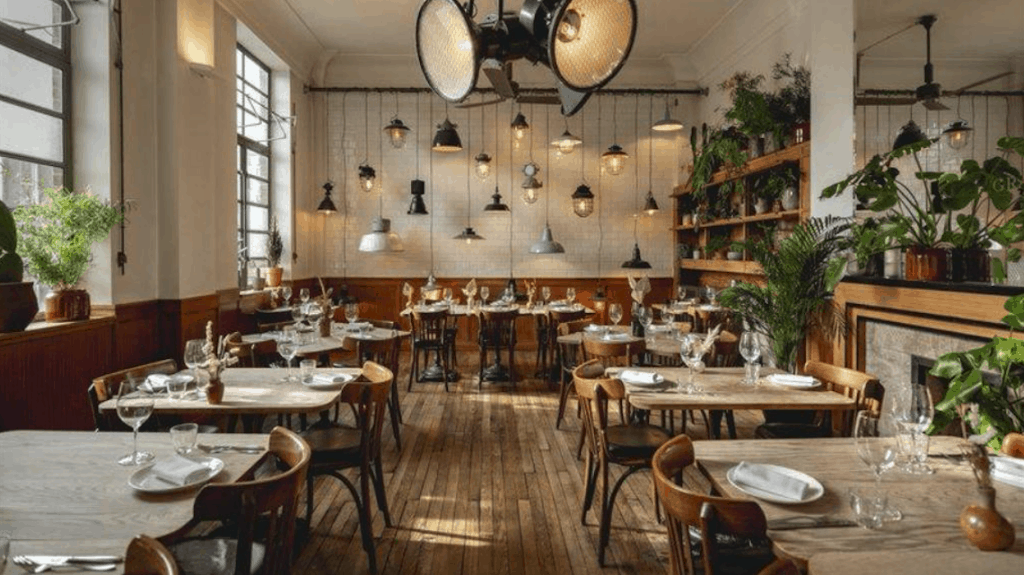 The world, one could argue, is made up of a series of neighbourhoods and punctuating these neighbourhoods is a mix of independently run and chain operated hotels. Each and all bound by hospitality, public spaces, bars, restaurants and the spirit of generosity, both grand and humble. The larger or better known brands benefit from global audiences and have the means to create value to local communities in these neighbourhoods or places, either through opportunity or connectivity. But only a rare few have the will to create such value, and extend their mission beyond simply opening a “cool” hotel in a “cool” neighbourhood.

It isn’t news that ‘place’ is a driving force behind hotel development and subsequently where folks choose to spend their days and nights. What is news, however, is a hotelier investing in to the overall fabric of a place, by contributing to the cultural narrative of a neighbourhood. Beyond jobs creation there lies an opportunity to have a deeper connection with place through culture art, fashion, music, film, theatre, food, drink, design or architecture. And perhaps there’s a connection between this trend and hoteliers securing their own future.

We caught up with Warren Johnson from W Communications for his perspective on the changing landscape of ‘place’ in the communications strategy. “What we’ve found over the years is that brands are celebrating their point of origin at an increasing pace”. Johnson went on to say, “The DNA of a great brand today, is largely built on culture – which is often rooted in geography. As a crude example, a grand-dame hotel in Shoreditch, mightn’t work – but applied to Mayfair, becomes a homerun”. Warren concludes, “The public want a more personal experience, a story and perhaps most of all, a unique perspective. I’d suggest that those things are, broadly speaking, best derived from place”.

Some residential and specifically retail based developers have begun to operate in a similar manner. Ultimately knowing that “space” in less culturally advanced areas of a city is less expensive, both in terms of acquisition and development cost. But soon realising that the simple development of an asset alone isn’t enough to guarantee sure-fire or significant financial return on investment and that this notion of ‘place’, i.e. addressing the surrounding areas beyond their four walls, was something they needed to orchestrate or culturally engineer in order to expedite public awareness, encourage use or adoption. Thus, leveraging this demand creation into commercial success and most importantly to that success, credibility amongst cultural enthusiasts.

Speaking to PDC Advisors, who connect institutional capital to independent hotel operators, Partner Paul Caseiras had this to say, “From an investment opportunity perspective, the savvy investor needs to connect their development to the neighbourhood because it draws in locals and visitors. In this instance the hotel becomes the flint that, when sparked correctly, ignites a flame that’s broadly beneficial to the lives of locals. This then creates a new dialogue and sends a message that the neighbourhood’s fortunes have changed, which incites residential, retail and other leisure investors to further the narrative that the ‘key money’, the hotel, started.” He goes on to say, “A hotel project setting up in the new neighbourhood comes with its own risks, but the connectivity with the neighbourhood can help mitigate these risks and help investors achieve outsized returns. This sort of deft hand, can benefit everyone from local businesses, real estate valuations, residents, shops, developments, the surrounding neighbours and neighbourhoods.”

But with the dawn and prevalence of social media and wider online media, the public, in these modern times, aren’t to be fooled. A soulful and authentic route is required in order to celebrate place in a fashion that resonates with influential folk, which of course is a positioning exercise that leads a company to the masses – creating brand enthusiasts.

We spoke to Martyn Evans, Creative Director of property investor and developer U+I on the importance of authenticity, “You can’t regenerate a place without understanding intimately its past and how it got to where it is today.” Evans continues on the matter of asking the right questions from the outset, “A place is obviously so much more than the buildings and landscape that occupy it. It’s about what’s happened there throughout its history. Is it a place of trade? A place of fun? A dwelling place?  Or all three? The community that lives in and around it – who are they, what is their history. What about their families? What role has the place played in the wider history of the town or city where it sits? How can you use the past to inspire the future?  These are all questions that good placemakers need to answer.” Martyn concludes, “Particularly hotels that engage very publicly with the people who use a place have a vital role to play in recognising that history and providing a lens through which its future can be played out.”

But finding these new neighbourhoods and “hedging” in one direction or another is the modern hotelier’s greatest quandary. Searching for new places in untapped territories in cities with nuanced cultural tastes and varying degrees of appeal to subsets of industry, requires a deft team rooted in both real estate, culture and of course, brand. And while in some instances, this trend is in part driven by real estate costs, the savvy hotelier has realised that they can create a unique pulse and pace by setting a tone for a neighbourhood that appeals to community.

A more forward-thinking hotelier, David Bowd owner of US-based highly personalised operator Salt Hotels, afforded us his perspective on place, “I think as a traveller when you go to a new location you really want to understand its uniqueness, its sense of place. When we do a hotel, we really want it to feel like the location it is in”. Bowd goes on to site the difference between meaning it and paying lip service, “You can do this in a corny way – like add a lobster pillow to a Cape Cod hotel or you can deeply dive into the location and truly understand what makes it tick, from the inside. By understanding what is special about the people and ultimately why they are there, you can start to build the foundation of your hotel.”

When asked how the savvy hotelier should go about this undertaking, David explained, “You have to submerge, go deep, get to know people, eat locally, drink in the bars and learn.” He suggests, “You should be additive to the local economy, if there is a local pizza restaurant that’s been around for years and supported by the community then don’t do a pizza restaurant – think about what you can add and how you can make every other business in town more successful. That could be buying locally or supporting local charities, truly making a difference. Local isn’t just about buying a local product it’s about emergence, being part of it, do the right thing and you will be supported and successful.”

Shifting gears over to the UK and Far East, the achingly cool Unlisted Collection owner Peng Loh, had this to say to trending and review site The Hotel Culture, “If you come to places like Bethnal Green and you build a hotel like Town Hall, there’s no way it can be done without support from its neighbours. It’s different when you’re in the West End where the hotels are part of the fabric of zone 1. But where we’ve built our hotels, whether it’s Bethnal Green in London or Chippendale in Sydney or South Bund in Shanghai, there have never been hotels in those neighbourhoods.”

Peng further observed, “But in particular we’re carefully designing our hotels and making ourselves much more overtly lifestyle, and in Town Hall’s case, the building used to be the community’s former town hall. From a local’s perspective a foreigner comes in and converts the building into a hotel, bar and restaurant. The locals would be justified in becoming slightly bewildered, wondering what happened to their beloved town hall, a fixture of their neighbourhood for over a hundred years. So it’s crucial to involve and engage the local community and neighbourhood.” Peng concluded by saying, “We do a range of community engagement events, from our neighbours involvement in the hotel to having the restored council chamber open to be continued to be used for council meetings. So we try and make a meaningful contribution to the community that way.”

We spoke to Cyril Aouizerate, Founder & CEO of MOB HOTEL, “Unfortunately, the hospitality world has long been dominated by two absolutely stupid dogmas: location, location, location and no parking, no business. These two beliefs therefore have constituted a form of approach to places of development without ever understanding the cultural and social question.” Going further to state his position Aouizerate says, “What I defend on my side is above all to smell places that are evidence of a form of resistance to crazy liberalism. Neighborhoods where urban culture in particular resists the capitalist drifts of art with its Trojan horse, which is said to be contemporary art. In turn, my approach is therefore to design my place in total adequacy with local architecture so no glass facade, no “facadism” but rather a deep insertion with the same materials present locally. It’s about not excluding yourself from the environment. Then it is a question of creating private spaces of public interest, that is to say to make accessible, in the hotel, places open for free to the inhabitants. Cyril’s closing statement, perhaps cementing his perspective most explicitly, “The culture abandoned by state policies (in the name of balanced budgets) must be defended tooth and nail and this is what we do at MOB on our scale to draw new paradigms.”

And while some, will find themselves asking, “What is in it for the hotelier, the business of changing lives and creating value…” To them I’d gently suggest, isn’t that what we as hoteliers, are here to do.

This article was originally written by Imran Hussain for Hospitality Insights.