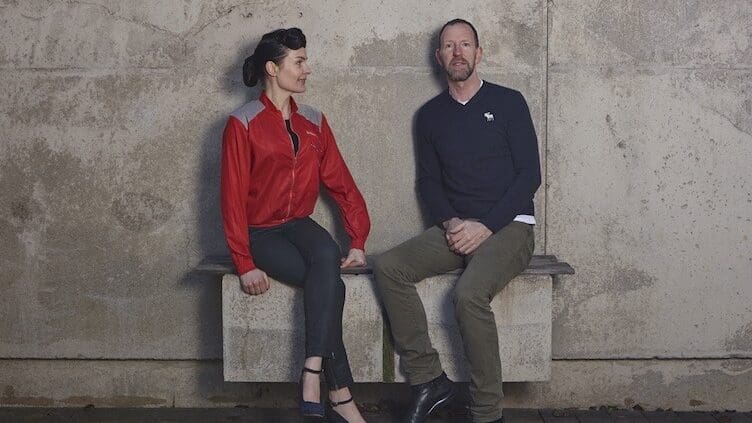 “70s muscle cars – they need to be driven and beg to be photographed.” Katinka Herbert

Katinka Herbert lives in London and has established herself as a leading portrait and commercial photographer. Katinka has photographed a vast range of celebrities, from Brian Blessed to Beyonce, Heston to Hulk Hogan, Marco Pierre-White to Meatloaf. Clients include: Land Rover, Adidas, Coutts, Gillete, Telegraph, Times, Guardian, Observer, Dazed & Confused. She works closely with menswear designers Casely-Hayford. Katinka’s work has been exhibited globally, her latest solo show was held at  Studio 2 gallery in the summer of 2015 in conjunction with Protein.

Robin Forster studied engineering at Leeds and Heriot-Watt Universities before working in North Sea oil exploration for a number of years. This was followed by a move to Asia to drill for water on various large-scale irrigation projects. A change of career via Sir John Cass School of Art and Central St Martin’s, enabled him to start a graphic design and photography business whilst developing his own art practice. He went on to complete an MA in Fine Art at Goldsmiths College and continues to work as an artist and commercial photographer, exhibiting internationally and shooting for a variety of clients in the UK and abroad.

KH: FILM –Abel Ferrara’s American neo-noir crime drama ‘Bad Lieutenant’ for its malevolent grittiness and tough uncompromising realism, and the breathtaking, epic cinematography in Iñárritu’s ‘The Revenant’… The architecture of John Lautner; his houses are rooted in the idea of integrating the building into its location and creating an organic flow between indoor and outdoor spaces. ‘70s muscle cars – they need to be driven and beg to be photographed.

RF: The 18th century explorers such as Captain Cook and Alexander von Humboldt who undertook journeys across unknown oceans in search of terra incognita, really inspire me. Rural landscapes at the micro and macro level are always a source for inspiration, especially when you take the time to look around you and actually see what is there. While at art school, my tutor Simon English, told me to draw what you see, not what you know – great advice from a great artist although I have to admit my drawing is still lacking. However I do take inspiration from that experience and follow it through in my art practice and commercial projects.

THC: How did you get into your industry?

KH: I studied Fine Art at Chelsea School of Art, then went on to work in film with Merchant Ivory and Ken Russell. Photography was a natural progression and allowed me to create an image in a more immediate way without the confines of an artist’s studio; rural and urban landscapes inspire more than a blank canvas on an easel.

RF: My twin brother and I both wanted to go to art school but I was desperate to do something different from him. He ended up going to Manchester to study photography and I chose a completely different direction and decided on engineering. By the time I was 30 I realised I still could not deny the fact that I wanted to study art, so I gave up the engineering and went to art school. That enabled me to start an art-based career.

KH: After my highly acclaimed photo book, SLAM: Lucha Libre Superheroes of the Ring, which has immortalised the icons of the genre, I am developing another portrait-led photo essay working alongside MNRF. I am also continuing my long-term collaboration with Casely-Hayford.

RF: Following on from the publication of my book ‘The Well-Worn Interior’, I am working with Rocket Gallery on my ‘Hidden House’ project based in Palm Springs. I am also exploring a portrait series entitled ‘Best Friends’ referencing found Victorian tintypes of ‘unknown’ men.

KH & RF: Herbert and Forster are working on a series of photographs that recreate views of Hampton Court Palace and its grounds from watercolours painted by Capability Brown’s assistant, Spyers. We are also working with a number of architectural practices on several projects in London and abroad, shooting interior and exterior views as well as pre-build visualisations. Collectively we are working with a British car manufacturer photographing CEOs from international companies with vehicles in local landscapes.

We have also been commissioned to create a high-end life style photo series for a Middle Eastern client. As Herbert and Forster, we are interested in developing fresh ways of working with clients to create the best visuals possible from a more art-based perspective, with inspirational rigour and tenacity.

KH: More adventures: there are more waves to be surfed, more wilderness to discover – the camera always comes along for the ride.

RF: Personally I see myself continuing to push my art practice into my commercial work, still within a digital realm. I am looking at returning to shooting film, there is just something about the look and feel that I miss. ‘Digital’ is just not the same!

KH: Games changers. Any individual who has triumphed against adversity: Sixto Rodriguez to Roberta ‘Bobbi’ Gibb.

RF: I don’t have a particular single hero. If I was to pick anyone it would be the scientists of the 18th century, people like William Herschel for astronomy and James Hutton for geology. It is their amazing ability to take ideas from study in their fields of interest and formulate theories that actually turned out to be correct, although there was no way of proving them at the time.

KH: The magical and mysterious Madagascar with its blood red landscapes and its traditional Malagasy culture, which remains rooted in respect for the spiritual power of the ‘razana’or ancestors, as the Merina people’s Famadihana exhumation ceremony bears testament to – I spent a month there documenting this ‘turning of the bones’ ritual. Some places you go, and things you see, you carry with you forever.

RF: This has to be the Lake District, where I was brought up, on the shores of Derwent Water in the shadow of Skiddaw. Star Wars: The Force Awakens has a scene filmed on the shores of this lake. Many other places come a close second, such as Fjordland in New Zealand’s South Island, particularly around Dusky Bay, which I visit by helicopter while shooting a photo project.

RF: A lot of my projects have involved historical research in order to understand the bigger picture and to obtain the details that make the difference between the ordinary and the extraordinary. My favourite would be including the reference material from Captain Cook’s journey to the South Seas in a recent photo project – ‘Coastal Profiling’. If all else fails put a dog in the shot…