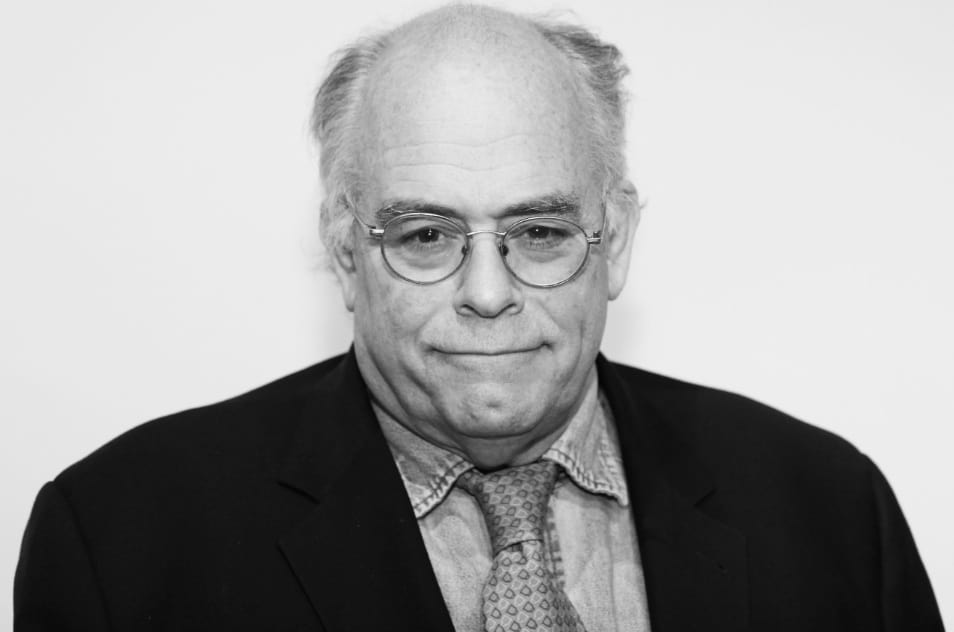 “Bob Dylan wrote “Like a Rolling Stone”,  he wrote all the lyrics and stuff on a piece of paper, which was Roger Smith stationary, in Washington, D.C. back in the 60’s” James Knowles

President/CEO and Artist-in-Residence of the Roger Smith Hotel in Manhattan, James Knowles, is a unique businessman with a passion for creative endeavours. Knowles received a BA from Yale University with high honours as a Scholar of the House in Sculpture and an MFA from the University of Pennsylvania. He began his career in the arts as a sculptor and painter. His work is on display in numerous public spaces, galleries and show rooms in his native Connecticut and New York City. In 1987, Knowles assumed leadership of the family-owned Roger Smith Hotel. Under his direction, the hotel has emerged as a dynamic center of creative activity in New York City, playing host to art events of all kinds including exhibits, film festivals, writing workshops, poetry readings, chamber concerts, and dance productions.

A bold and thoughtful visionary, Knowles brings a leadership approach to the organisation that has enabled the Roger Smith team to create unparalleled business opportunities. His early-adopter support for the social media movement and the Pop-Up retail trend, strategically positioned the Roger Smith as an industry leader in both areas. Knowles supports a robust management-training program that brings outstanding international hospitality students, who he refers to as “Scholars”, to spend a year living and working at the hotel, as a way of learning about life and the hotel industry. A dedicated scholar, Knowles is committed to creating an environment of learning and continued education.

THC: What inspires you?

JK: Among other things, the multitude of possibilities that are before us…and that multitude of possibilities in each one of the people that are either engaged with us as clients, or our friends, or employees or advisors or investors…the astounding potential for getting things to happen. The term that keeps on coming back is something like, “you can’t make this stuff up”. Look at what nature has brought us. Oh my God, look at what he just did or look what idea he just came up with. If you call it infinite possibilities you’re probably right, and the interconnection of things and the interconnections of people… It becomes very complicated very fast, but with the open minds that we engender with each other or encourage with each other and in fact implement for each other…exceptional things can happen. Extraordinary things can happen. Fun. I call it meaning of life. That inspires me.

JK: I happen to be a sculptor. People talk about business…is it an art or a business? Well it’s an art, not a business. But the hotel business… When my father-in-law died in 1987 my wife and I took over the project that she had been working on for years. I came in by the skin of my teeth, and realised fools rush in where wise men fear to tread. The overriding core comes from the aesthetic that a sculptor has. That an artist, a painter has. That idea of making something beautiful or making something interesting or making something that surprises…and hopefully designed right, it will surprise for years. We’ve been working at unfolding an old business or regenerating or relaunching an old business. Actually the brand that we’re working off of, the brand of Roger Smith, began back in the 30’s. We arrive in 1987 with it known in certain ways, and today it’s known in novel and interesting and expanding ways.

THC: What am I working on today?

JK: If you imagine the business or the association of people working with us, and you imagined it as a piece of sculpture, I don’t think you’d be wrong. In terms of the actions which I take, it’s not unlike carving a head or moulding a piece of sculpture, taking the various parts and putting them in some kind of order. I believe that the idea of making things is to be imbued throughout the organisation. It’s actually moving people to innovate in their own ways. With the enthusiasm and support of a team of people committed to that innovation, it’s fascinating what one can create. That we might implement and help people do that is one of my objectives. I’m also very interested in the connecting with other good ideas. I say that Roger Smith is an idea… but the other good ideas… For instance yesterday it was Thomas Edison. I visited his old workshop in West Orange, New Jersey. Thomas Edison was the guy who created the light bulb and also studied Portland cement. I love Portland cement. I love electricity. Of course he was particularly successful with his phonograph invention. I love the idea of his drawings. I think that we as a people, at least associated with me, should be constantly drawing – constantly inventing. Hopefully this particular that we’re working on right here is one of those inventions.

JK: Space is a broad term. We talk about the public space, and our contribution to the public space, which is the energy on the street. Actually it’s the energy which comes out of the people that work here, and the energy, through what they do that’s the space. If we’re talking about the space of a building, we’re a growing space. We’re a growing improving space, but I think it really means the spiritual space or the creative space in which we’re all working and the motivation that allows us to do that.

THC: Who is your hero or icon?

JK: I have different heroes for different subjects. One of the odd ones, at this point is a guy named Collingwood who was an Oxfordian philosopher from the 30’s. He came up with the notion that history looks at both sides, the question and the answer, so you have to study. What you see happening is an answer to “what is the question”. People like Thomas Edison who were devoted to the idea of thinking…that we should be thinking people…and I call the hotel for instance “a thinking man’s hotel” the idea being that…new things, the discovery of possibilities, resolution of problems, insight into problems, breaking through blockades of thinking, the miracle of human growth. That’s my real hero, that we have in each one of us that capacity to do that. Of course the unveiling of that, the liberating of that is essential, and I’m not saying that it happens all the time, but if we remember that thinking and the tools of thinking, be it collaborative brainstorming to sketching things out… We saw something yesterday in the newspaper, somebody was talking about JFK, when he was going through the missile crisis…sketched out on his table drawings of things, little doodles they call them. Or, take Bob Dylan who wrote “Like a Rolling Stone”, and he wrote all the lyrics and stuff on a piece of paper, which was Roger Smith stationary, in Washington, D.C. back in the 60’s, and went for auction recently for two-million bucks. I like that. That kind of thing is my hero, icon, the individuals who use things is the answer to that.

THC: Where is your favourite spot around the world?

JK: We spent a lot of time in Spain. I also spent time in England. I went to Rugby School there. You know, I love New York and probably Connecticut in the fall is as beautiful a place as there is anywhere, but it’s a passing moment. I suppose the answer to that would be many places at different times. Canada, up in the Canadian north woods. Fabulous.

JK: We bought a Tesla electric vehicle to create a pinnacle or an idea, a focal point for us to have something to talk about that has to do with all those things which I’ve been talking about, the creativity, the innovation, the sparkling of an idea, or the pulling together of a series of ideas to make something which is challenging. And the conjunction of technology and spirit. As an example, the Tesla is known for its beautiful driving; it’s manufacturing techniques; it’s idiosyncratic gentleman who created it and pulled it together, and the odd people who choose to join it, the early adapters. As it turns out, Elon Musk loved cars. Liked ‘em, drove ‘em, but he did something, which I respect. He put very little storage space near the driver. It’s clean to prevent you from collecting junk in your car. Take that as a symbol or an observation on one little area and pass it through. You’ll find that he’s been doing that on most of the design that he achieves. Clear, simple, clean. Not cluttered. With a purpose. Each part has its purpose, and each one has been cleaned and separated. The design, the shape of the windows, the contour of the car. I’m interested that this idea should go through our organisation. Although we deal with an older hotel, I think that we should be modern in that way and should invent and be thoughtful and spend time thinking. Spend time trading ideas or developing ideas or developing possibilities…or developing projects with others including the cultural warriors of your organisation who have become the engineers, like the Tesla engineers. The feistiness and the fun of an organisation…and the purpose of it. Meaning of life, courage to be.