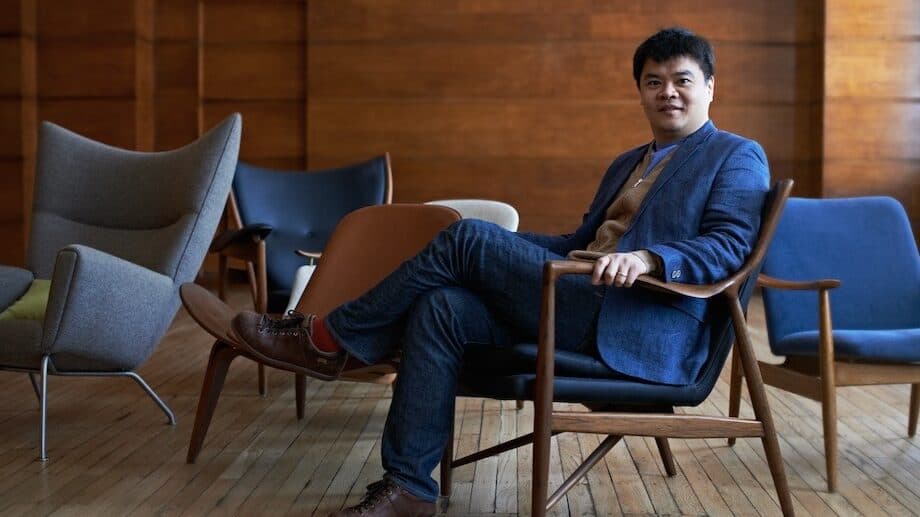 “There’s no future for us hoteliers if we don’t engage with businesses and the culture of our neighbourhood.” Loh Lik Peng

Hotelier and restaurateur, Loh Lik Peng was born in Dublin, Ireland on May 4, 1974 to Singapore parents who were practicing medicine there at the time. He attended Law school in England, University of Sheffield and Postgraduate at London School of Economics followed by bar exams in London before returning to Singapore in 1997. Loh became a corporate litigator upon his return before leaving the profession to step into the hospitality industry. Since then, Loh has started ventures across Singapore, Shanghai and London.

LLP: I get a lot of influences from travel, going to places and seeing what people do, how they behave, where they go and what they like. I often meld this with my own preferences, because while you can build a hotel to your own tastes, you can’t build it just for yourself. I try to absorb as much inspiration from people and neighbourhoods, while not being too focused on trends alone. For me it’s about feeling and understanding what a young stylish consumer likes or doesn’t like.

THC: How did you get into this business?

LLP: I started my career as a lawyer, having returned to Singapore to practice in the late 90s. I was doing a lot of bankruptcy work, receiving reams of paperwork from the banks, dealing with mortgages and debts. I’d come across lists of beautiful properties going for literally nothing and one day I noticed a particular property, a stunning building very neighbourhood led. It had come up in three or four auctions and nobody would touch it. I did my homework and realised it was in a red light district of Singapore. Architecturally I had already fallen in love with the building. We first took it over in pretty poor shape, discovering it had been a brothel in a past life.

That part of Singapore’s Chinatown in the 80s and 90s was neither here nor there, so the government tore down old historic beautiful blocks in parts of Chinatown to build the huge towers we see there today. But slowly over time, the government realised that most of these beautiful iconic buildings were disappearing, so they slapped preservation orders on the remaining ones. The building was beautiful, and it was a stroke of good luck, as at that time nobody wanted to open a hotel in that area, because it was a conservation building in Singapore and back then developers didn’t look at these areas in way. So my first hotel happened to be one of these preserved buildings and I loved it because it felt so local.

THC: How do you see this space evolving?

LLP: I think that in terms of the industry at large there has been so much disruption and traditional hotel groups are all scrambling to find and merge with their own dance partner. This is happening for many reasons; ultimately because consumer behaviour and the way that consumers choose hotels has changed. The types of accommodation people are willing to accept has also changed and this has made a hotel’s need to react quickly to what a consumer wants crucial. If you look at AirBNB and all the home-stay platforms compared to what the traditional hotels are doing they’re all very un-sexy. So boutique hotels will have to react to that too because things like design and value added services are going to become a lot more important in the coming years. You can’t just sell a room anymore because guests can find cheaper rooms. So hotels have to be much more engaged in a neighbourhood, the type of things that smaller, more fragmented home stay operators just can’t do. There’s no future for us hoteliers if we don’t engage with businesses and the culture of our neighbourhood. It’s about being more than just a bedroom with a great concierge, today hoteliers have to be able to offer the extra lifestyle dimension.

THC: When the neighbourhood is so crucial, how important do you feel that a hotel having a positive effect on it’s surrounding or ‘neighbourhood morality’ is?

LLP: If you come to places like Bethnal Green and you build a hotel like Town Hall, there’s no way it can be done without support from its neighbours. It’s different when you’re in the West End where the hotels are part of the fabric of zone 1. But where we’ve built our hotels, whether it’s Bethnal Green in London or Chippendale in Sydney or South Bund in Shanghai, there have never been hotels in those neighbourhoods. But in particular we’re carefully designing our hotels and making ourselves much more overtly lifestyle, and in Town Hall’s case, the building used to be the community’s former town hall. From a local’s perspective a foreigner comes in and converts the building into a hotel, bar and restaurant. The locals would be justified in becoming slightly bewildered, wondering what happened to their beloved town hall, a fixture of their neighbourhood for over a hundred years. So it’s crucial to involve and engage the local community and neighbourhood.

We do a range of community engagement events, from our neighbours involvement in the hotel to having the restored council chamber open to be continued to be used for council meetings. So we try and make a meaningful contribution to the community that way. We source as much of our produce and ingredients as locally as we can and we try to employ locally as much as we can, it’s always our first preference.

THC: What’s your favourite spot around the world?

LLP: I enjoy coming to London a lot because in some ways I always feel that it is very much the centre of the world when it comes to restaurants and shows. I love Paris for the same reason. But my favourite place in the world changes depending on what I want to do, what I want to eat and who I am with. I love skiing. I have many favourite places, I would hate to be going back to the same place over and over again. I love to travel.

LLP: I think you do have to make a conscious effort with culture in a brand. So I don’t have a hard time with that concept. I am conscious of it, we have to explain ourselves, have a philosophy around it and we have to inject a certain way of life into it. You try and do it in an authentic way like the Great Eastern Hotel (now Andaz, Liverpool Street), with their railway legacy. In a way those brands are easier because they have a long, storied history. So with Town Hall it was completely logical for us to build that brand around the history and the culture of the building. But of course, sometimes you have to do it a bit more artificially too and finding those narratives can be harder.

LLP: We recently finished the Old Clare in Sydney, and we just bid on a new site in Sydney too. We got into the Old Clare completely by accident and things are going very well, but as with any new opening, being in a certain place sometimes leads you to new ventures in that city.

THC: What comes first to you, the building or the brand?

THC: Who are your heroes or icons?

LLP: It’s all the early pioneers of the hotel industry like Isadore Sharpe, Founder & Chairman of Four Seasons. In a way I study all of the mould breakers, with great admiration. In a contemporary sense, I love Kit Kemp’s work, a tremendous source of inspiration. My influences are very diverse, I don’t have a particular hero, and there are lots of people I admire, for different reasons. You have to remain curious and be open to new ideas. I do look out for all the people who are doing interesting things now. As hoteliers, the things we were doing 10 years ago are no longer relevant.

THC: In terms of development, everything starts from a building, what is that feeling that makes you go for it?

LLP: It’s very much a gut feeling. Sometimes its just looking at the building and you have a little bit of a vision in your mind of what you want to get from it. Whether or not it’s going to be practical is another thing. Often nowadays, you can see the possibilities from an engineering point of view very early on. Some buildings, you know you couldn’t put in enough bedrooms to make it profitable, those things I can now automatically calculate in my head.

The things that are inspirational for me, that special feeling you get, you can’t quite put your finger on it and if you do the sums you’d just walk away. But you don’t, you look at it and you know this is going to be a ridiculously expensive building but there’s something about it and you just can’t walk away. And I say this often, but if you give the early feasibility numbers to your banker, you’d never do it. So sometimes it’s about trusting your gut instinct. And so when I go through that process, I never know how to put it into words.

THC: What was the inspiration behind Unlisted Collection as a brand name?

LLP: The name was really because we were doing individual boutique hotels and we weren’t looking to build a brand as such. If you look at each one of our hotels and restaurants, we don’t ever repeat them. We have never tried to build a brand, each project is unique. So each time we start, we do it from a blank sheet of paper. ‘Unlisted Collection’ itself was the expression of an unbranded brand. There were never going to be five hotels or ten restaurants with the same brand name. We always had the philosophy of doing something from scratch for that particular location. We have 25 restaurants and every one of them has a different brand identity, name and concept. We never wanted to be a ‘brand’ or ‘group’. We were trying to be clever by building a brand without having any brands with which to build.