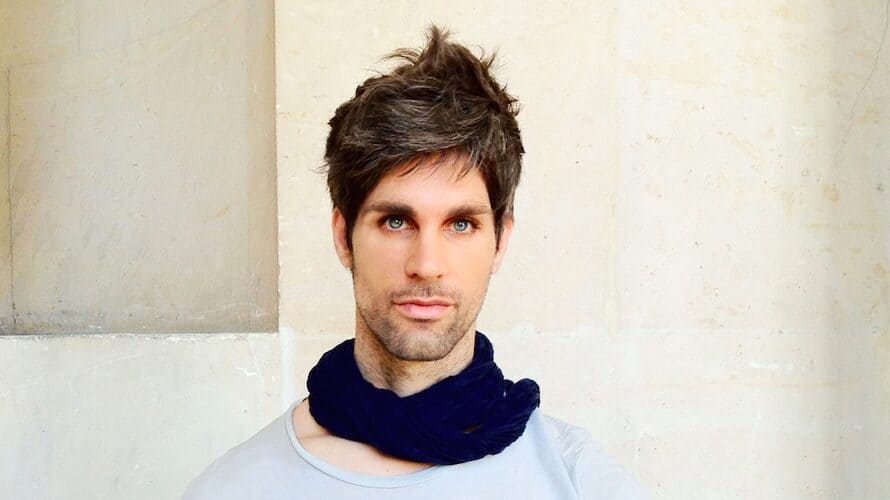 “I think a few fashion brands have done a good job indirectly promoting their ethos and style without succumbing to the temptation of directly pitching their wares.” Matthew Grzywinski

Matthew Grzywinski grew up in Connecticut and studied at Brown University and the Rhode Island School of Design, earning degrees in Architecture and Industrial Design. After living and working abroad for a few years Matthew returned to New York to set up shop. Initially a solo practitioner, he designed and administrated the construction of commercial and retail commissions as well as a host of built residential projects in New York City and beyond before co-founding his practice with Amador Pons in 2004. They have since developed a diverse body of built work including retail, commercial, hospitality and residential commissions which have garnered international attention and acclaim.

MG: What doesn’t inspire me might be an easier question to answer. I find sources all around me and often in the least likely places. I am an optimist about us though, all of us – humanity. I think the things we are able to achieve both individually and through collective effort are limitless. Both the visionary and those that have the perseverance to realise those visions are equally inspirational.

THC: How did you get in to your business?

MG: I suppose I can’t remember a time when I wasn’t excited about architecture – I think it was a conflation of a love to draw, a love of what I later identified as the “built environment” (especially cities) and the satisfaction in having a physical manifestation of your hard work. By the time I was at university I had narrowed my seemingly infinite interests in a professional pursuit down to being a (film) director or being an architect. I chose the latter after becoming frustrated relying on begging or trading favours from friends and classmates to make student films. Architecture – in the academic environment – felt like a comparatively solo endeavour. In retrospect, I guess I was pretty naive about that part.

MG: We are currently working on a large scheme in East London – a new tower containing a pair of hotels that I am very excited about. We are also designing a new hotel in Edinburgh on a disused former industrial site fronting a canal, a large mixed use development in Queens, a little hotel/residential infill project on the Lower East Side of Manhattan, a new townhouse in the East Village and a house in Los Angeles. Actually I’m super excited about all of it.

MG: I think our commissions are becoming more geographically disparate. We are and will always be a New York firm, but in the last 18 months for example at least a third of our work was in the UK. Its not only exciting and incredibly rewarding to work abroad but it keeps one’s cycle really productive. While you get to build off of your ever increasing experience, any possibility of creative atrophy is dashed apart by the additional challenge of the unfamiliar. It is yet another variable like client, program, scope and setting that makes this job the perfect marriage of infinite variety within a singular and vectored pursuit.

THC: Who is your hero or icon?

MG: Hmm, I always struggle with this question. Not because of a dearth of choices but an abundance. There are so many architects I admire and am humbled by let alone amazing people in general. I think I aggregate awe-inspiring facets of a multitude of edifying figures into an uber inspirational composite. I think its also fair to say this chimeric hero is ever evolving as my own horizons are broadened.

THC: What is your favourite spot around the world?

MG: Well as a New Yorker I have to shout out my home. And as a (self-declared) honorary Londoner, the capital is increasingly feeling like home. These two megapolis colossi have infinite cultural, social and experiential riches to offer. Part of loving them however, is making sure to get away from them from time to time. While I am hard pressed to pick a favourite place from all the amazing locations I have had the privilege to visit, I do continue to have an intense and lasting affection for particular stretches of the Mediterranean on the Costa Brava where the forest meets the sea in an incredible way. And it doesn’t hurt that the food is arguably the best in the world as well.

THC: What is your favourite injection of culture into a brand?

MG: I think a few fashion brands have done a good job indirectly promoting their ethos and style without succumbing to the temptation of directly pitching their wares. I am thinking of Acne and their publication Acne Paper which contains neither ad nor editorial with any of their merchandise and is procured and read as a genuine cultural periodical. It is a real win-win and inhabits a unique space that is neither advertising nor charity.