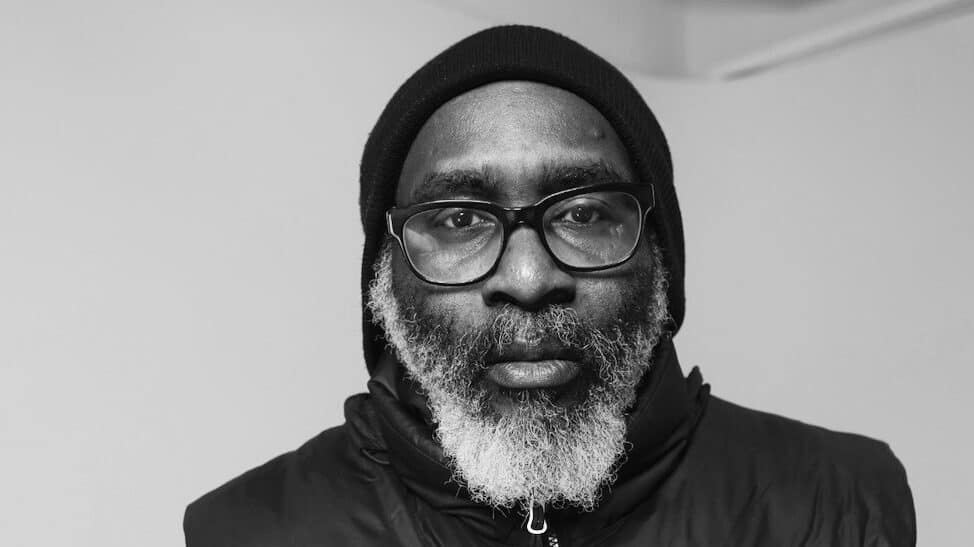 “Prince epitomizes what a creative is, he does everything – well.” Paul Ayre

Paul Ayre is an art director, designer, director, author and lecturer. With an extensive career spanning over 25 years, which has included working for some of television’s most respected brands; Art Director for the children’s channel Nickelodeon UK and the Head of Graphics for MTV Europe. He’s also producing work for a range of clients including Channel 4, Viacom, Sony Music, The Natural History Museum, Disney, Southbank Centre, Discovery/Dmax Germany, Food Network, NBC Universal, The Africa Channel, Accenture, CBS/Drama CBS, London School of Economics, Channel 5, TK Maxx, Russell Athletic, The Watch-Men Agency, D&AD, Nike. For the last 10 years he has formed and run the studio 14:59 which is a multi-disciplinary studio working across the different communication areas of broadcast, moving image, advertising, branding, fashion and art.

He was a co-author, and designer of the book “Sneakers – Size isn’t Everything“, by Booth Clibborn Editions. The first publication to examine “Sneaker Culture” and its worldwide impact and far reaching influence, which permeates almost every aspect of popular culture, all which happened to coincide the infancy of the internet.

PA: The world, cities especially my home – London. People especially children, because they aren’t afraid or restricted in their thoughts. I’m also inspired by pre-school children’s toys like ‘Fisher Price’, ‘Lego’ and technology in that order. And of course, ‘Star Wars’ I was 10 or 11 when that came out and that left an indelible mark on my psyche. Naturally Sneakers, Fashion, Art, Design, Comics, Television all inspire me because, you have these powerful shared iconic, televisual moments like watching the old music show ‘The Tube’ and seeing Breakdancing body popping, and the whole ‘Buffalo Girls thing at the start of Hip Hop. Animation especially old Warner Bros ‘Loony Toons’, Hanna Babara cartoons and films all touch me – especially, science fiction – ‘2001’, amazing… romantic comedies and old MGM musicals like ‘An American in Paris’. I see myself as a ‘cultural sponge’ generally absorbing my environment, so other inspirations like supermarkets, shopping, walking around Sainsbury’s on a Sunday afternoon is a joy.

PA: Sneakers – through sport primarily track and field, which I used to compete at. Seeing other athletes from other countries on my travels wearing different kicks – especially the case with the distance runners, who had the flyest, freshest stuff all in amazing pastels and colourways.

The other big aspect was music. Hip Hop and Reggae – in fact Reggae music was the initial influencer. Where it was functional, comfortable and egalitarian. The advent of the VHS video player where I got to see films like ‘Warriors’ and the seminal film ‘Wild Style’ seeing the sneakers and brands which weren’t available in this country. Also a huge influencer, watching TV programmes like the ‘Tube’ and seeing acts performing, I was checking out their footwear.

In terms of design, I was always drawing and making things out of Lego, Plastercine and Playdoh as a kid. Reverse engineering things, when I was a young kid you left things lying around at your peril – watches, clocks, radios you name it. I’ve been always interested in how things work, problem solving and remixing things. I was always moved by design, but as a child, I didn’t know the term, or what it meant. So I did the whole art school thing, where initially in my foundation pre-degree I was strongly pushed towards fashion, which the tutors seemed think I had a talent for. But I did a degree in Graphic Design instead, which lead to me working in publishing and television.

While working at MTV I met some other people that had similar interests and we produced a little book ‘Sneakers – Size Isn’t Everything’, and formed a design agency.

PA: A Sneaker Society – an event for sneakers heads across the ages. We’re working on the event, merchandise bits and pieces for it, launched at LIBRARY Members Club last month. I’m also doing branding for a beauty client and a very, very, Top Secret project.

PA: Getting bigger, always getting better…

PA: Loads of people hard to pin down, too many to mention. But I suppose Prince epitomizes what a creative is, he does everything – well.

PA: I’ve been to quite a few places around the world. But hey, London.

PA: Well I would say the usual suspects such as Apple + Beats, Nike and Sony. But I would have say Selfridges and Liberty’s do really interesting things. The skater park and the Tom Dixon pop up in Selfridges for example, and then with Liberty’s their fabric department is outstanding, and of course their collaborations with Nike, where they did the sneaker in Liberty’s own print.