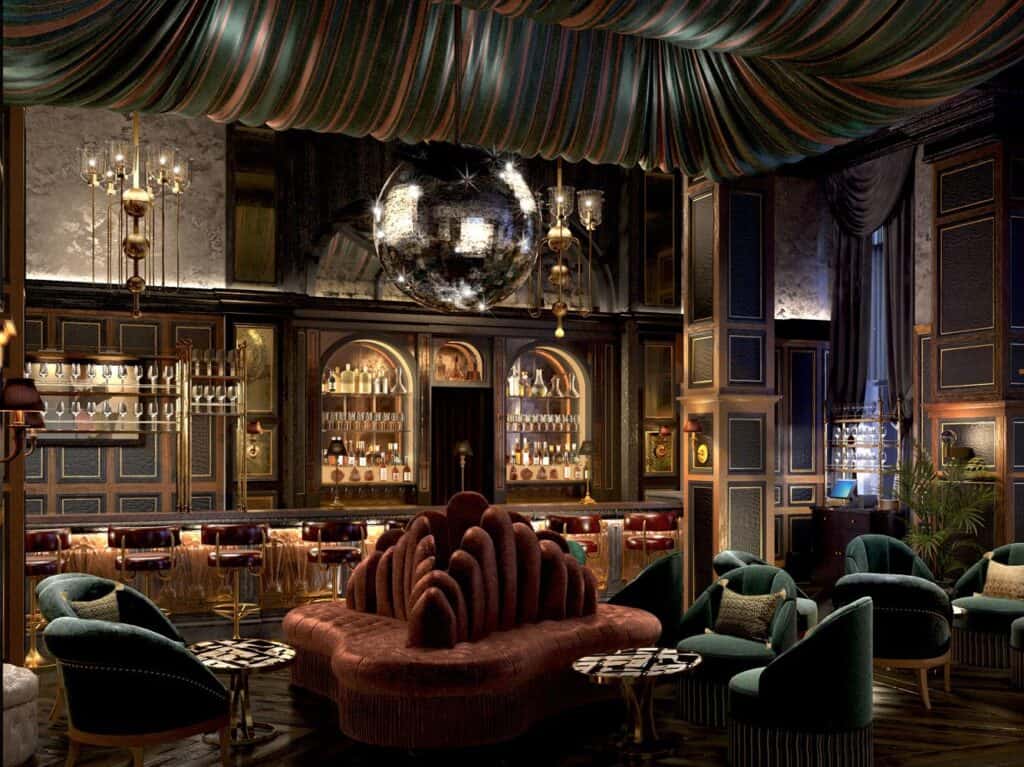 Being the iconic 19th Century beauty that sits, overlooking London’s Russell Square. But in much of that time, the building didn’t have much of interest to say. Sitting in the wider area known as Bloomsbury, where literary greats mixed with pioneers of industry, the hotel is perhaps better known today as the artist formerly known as Principal.

But when Starwood Capital reimagine a story – they do it right. Principal London was the culmination of a six to seven hotel long story that started up North and worked its way to London. This movement was tagged as Project 1898, the year Principal London was first built. With interiors upstairs in the bedrooms, courtesy of Tara Bernard and the ground floor from Russell Sage – the team behind the Principal told its story with poise, precision and perhaps most of all – passion. And this sentiment, passion, is the one you see at every turn. From the coffee shop Burr & Co to expansive lobby and the Palm Court, the original features that have been lovingly restored and re-engineered where required. In many ways, you get the sense that the hotel was a labour of love, and there’s that passion again. The bedrooms upstairs are lavish, adorned – while the corridors take you back to Victorian times.

A little old and a little new the vibe is set by the cocktail bar – FITZ and the achingly hip seafood restaurant Neptune. The names behind the respective ventures, being steeped in popular culture – which is really what makes the place so special. Principal is a meeting point of both yesterday and today – where hipsters mix with the gentry and no one bats an eyelid.

The detailing in the building is simply unparalleled – from the marble to mosaics and everything in between. It’s a fascinating renovation which speaks of our time but pays huge homage to yesterday.

The building is lit like a beacon, and in many ways, it is one. The neighbourhood has a unique pulse, from Lambs Conduit street housing the likes of Folk, Universal Works, Persephone Books and even Noble Rot – the very well-known wine bar. Hop, skip and a jump you’re in Holborn, which gives you access to everything.