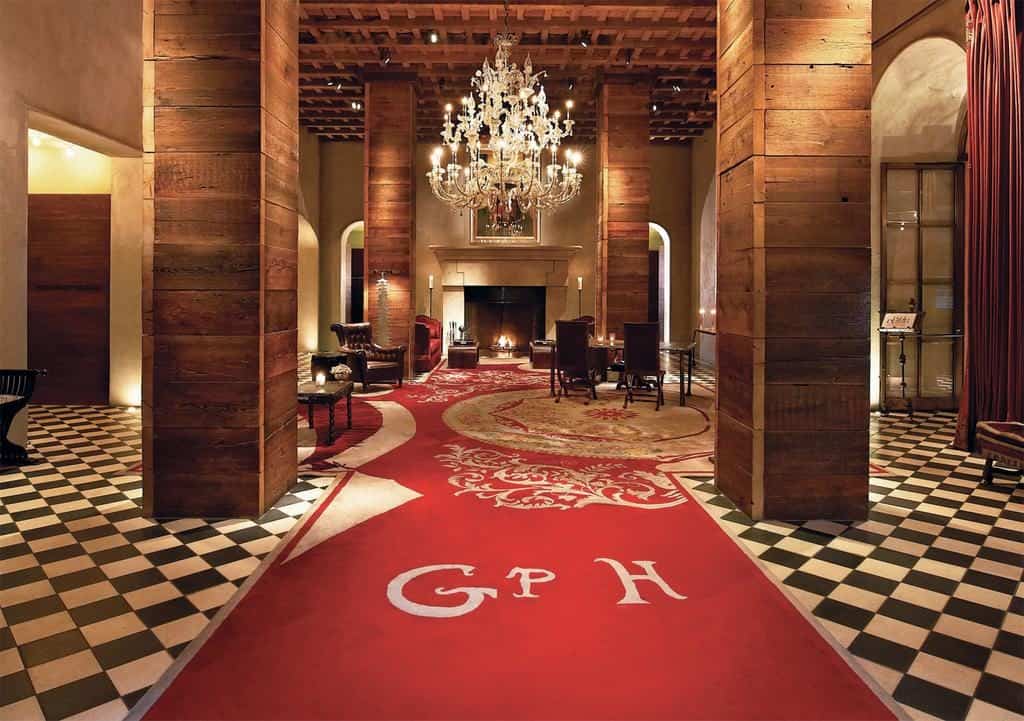 It’s in our nature to look back, you might say it’s a love affair with bygone times. We all get excited about references to an old world, after all we all love a good story. One that affords us both knowledge and confidence, because historical references contribute to an experience in a way that’s hard to forget.

And there’s no greater reference to a time or place than architecture and design. Sleeping with history is something we’ve all done, will do and should do, because today’s hotel isn’t built on the brave new world mentality, its built on timeless principals of comfort, heritage and damn good detail.

Originally the lovechild of developer Ian Schrager and Oscar nominated director and artist Julian Schnabel, Gramercy Park Hotel in New York is a place you can’t help but to fall in love with. Coined as “a distinct Renaissance-revival concept incorporating vivid colours of the era with bold hues”, the hotel is best known as one of Schrager’s first projects without Philippe Starck. The building was always destined for something special, in the early 1900s it was famous developers Bing and Bing who built it – and on the site where Edith Wharton was born and where flamboyant architect Stanford White had once lived.

Inside, the design narrative is French Colonial-esque, minimalist in furniture but maximalist in colour and fittings, making for a very unique experience that tickles and teases a rare kind of romance and grandeur. Chandeliers and lush grand rugs against timbers and tiles give you a vintage charm that echoes throughout the building. The backstory at the hotel is long, starting specifically when it opened its doors in 1925 right ahead of the famous Wall Street crash and yet the hotel survived, retooled and made its comeback, again and again until visionary Schrager arrives with his team of soulful, artistic and theatrical merry folk – allowing it another bolder and much grander lease on life in 2006. GPH is the one-time home of John F. Kennedy, Debbie Harry, Humphrey Bogart, Bob Dylan, The Beatles, Bono and Madonna, and in some strange way, their contribution to the fabric of the building bounds through time and rightly indicates that GPH has a story to tell far beyond who’s slept upstairs.

But telling a story such as this is an art, and art is ever-present here. The walls offer you Jean-Michel Basquiat, Enoc Perez, Keith Harring, Tom Wesselman and Damien Hirst among others. The creative direction for choices lies in bold palettes, over-sized imagery and of course mixing of high and low culture.

It’s hard to not get excited when you’re at GPH, the history, the charm and the brash and finely hospitable clash with architecture, design and culture. To us, it is perhaps one of the finest stories ever told and the finest example of a modern day hotel, and it is certainly hard to forget.