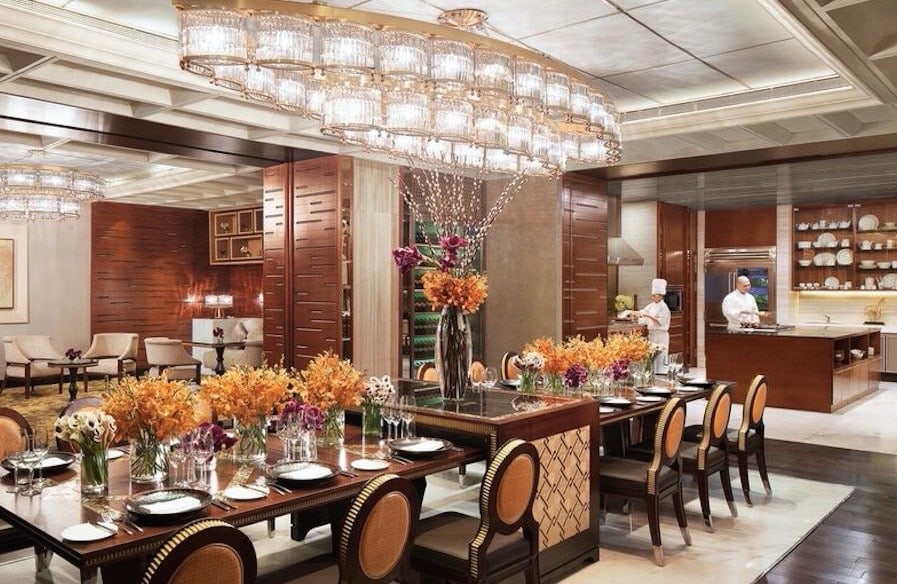 Unlike the majority of Mumbai’s hotels that boast of catering for VIP’s, the social elite and Bollywood glitterati; the Four Seasons is aimed at attracting the travelling businessmen and transiting leisure seekers, or pet lovers; it’s the only luxury hotel in India to welcome your furry friend.

The Four Seasons was the first notable hotel to open in the business district of Worli, and currently the group’s only foray into the Indian market. Situated in the Mills Lands, the area is currently in full scale redevelopment mode as the new commercial district emerges from the dust.

We’d just finished volunteering at a school in a slums where we’d been teaching English, so the prospect of a bit of luxury was very appealing. The welcome we got from the front of house staff as we entered was noteworthy, and as we had an early check in we were allowed to take advantage of the morning breakfast at cafe Prato.

We soon relaxed and unwound; the room was very spacious and had one of the comfiest beds we’ve ever slept in. We especially enjoyed the bathroom which had floor to ceiling windows and allowed us to watch life go by on the hectic streets below as we soaked in our huge bathtub. We also took full advantage of the outdoor pool, gym facilities and complimentary yoga sessions as we almost forgot we were in central Mumbai.

A highlight for us was the Sunday brunch at San: Qi; their pan-Asian restaurant. We were taken on an eclectic culinary adventure around Asia; enjoying the range of shell fish on offer, as well as some amazing sushi, not to mention Dim Sum and… the list goes on.

The crowning glory is the open-air AER bar which takes up the entire 34th floor, open 365 days of the year, and its the highest rooftop bar in Mumbai. Offering guests spectacular panoramic views of the city, the ocean, and the nearby Mahalaxmi race course, we were a little disappointed to find that the cocktails and service didn’t match the amazing sunset vista.

The lobby area, created by Bilkey Llinas Design was welcoming and relaxing. The general hotel staff were very friendly and attentive, but we sometimes found the hotel service lacked a little attention to detail. The views from the third floor pool area were a little marred by the concrete jungle that was springing up around us. The imposing construction of the Four Seasons private residences was just one of seven buildings that we counted currently under construction.

Within walking distance of the hotel is the high-end luxury mall The Palladium; offering a wealth of shopping and dining opportunities. For live music and comedy, head to the trailblazing Blue Frog. But for us the local highlight was the White Owl Brewery; the craft beers on offer are sensational, and were a refreshing change to our Kingfishered-out pallet, whilst the food also hit the spot. The hotels close proximity to the race course is a bonus if you’re into racing, even if not, it’s a great day out and you might even catch a polo match if you’re lucky. In the event you’re a keen runner you might consider a quick run around the 2.4k racecourse, complete with complimentary transfer in one of the hotel’s luxury BMW limousines.