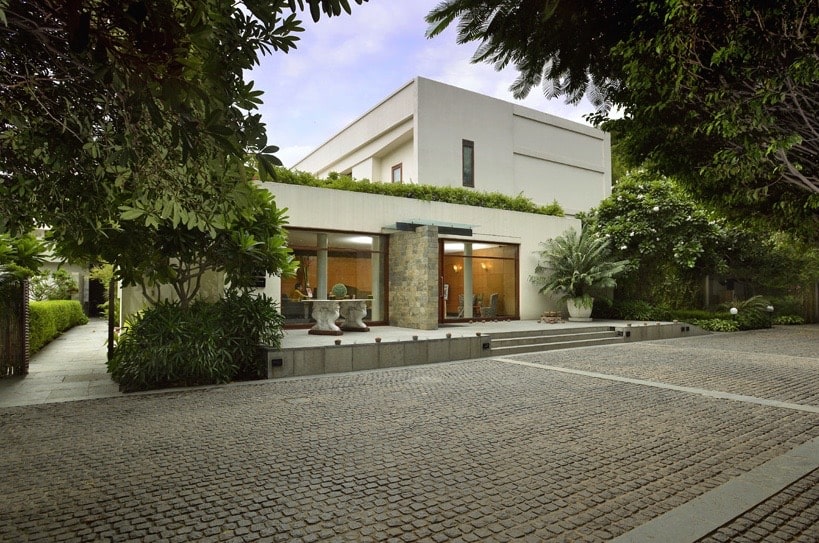 An intimate, boutique hotel nestled in a leafy, affluent suburb of Delhi. The shining star of The Manor is its award winning restaurant, Indian Accent, which is heralded as the best restaurant in India, and has featured in the top 100 restaurants in the world since it launched in 2009.

Overlooking the it’s manicured gardens, no visit would be complete without a trip to the hotel’s prestigious restaurant. Offering some of the most creative cooking on the sub-continent, chef-patron Manish Mehrotra has developed a pioneering dining experience that incorporates an eclectic marriage of world food and Indian culinary philosophies. The result is sublime, intelligent dishes that impress on an international scale. The tasting menu was one of the best culinary experiences I’ve ever tasted. One visit to this restaurant is unlikely to be enough, you could even find yourself extending your stay to repeat the pleasure.

Built in the 1950s, on the-then edge of India’s sprawling metropolis; stepping into The Manor is a lot like entering a chic, contemporary home. With just 16 rooms spread over two floors, this is less about grandiose opulence and more about understated luxury, with attentive and discreet service. The clientele are predominantly well-traveled urbanites rather than holidaying families.

The Manor is a hotel designed to cater to the needs of those that are out-and-about exploring the city. Whilst the rooms are elegant and functional, they lack some of the attention-to-detail and luxuries that would make it hard to leave the comfort of your room. The hotel’s award winning, contemporary gym and spa is not like the uninspiring, characterless gyms found in many hotel’s. It has an air of a New York fitness mecca with beautiful people, energetic music, buff trainers and high-tech equipment.

Located in a very chic residential district, the hotel feels secluded and inconspicuous amongst the surrounding members clubs, villas and mansions. The hotel provides an oasis, and release from the frenetic energy of this sometimes overwhelming city. Only a short taxi journey away is retail heaven, with everything from high-end designer shopping malls to the bustling dusty streets of the Chor Bizarre.